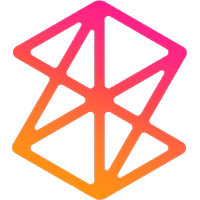 Zune is the online software download that is required for the Windows Phone 7 and all Zune devices. These devices will not work with the Windows Phone App, or the built in App included with Windows 10 for PCs. Although online services for Zune no longer exist, the software is still essential for all devices that cannot be synced using software options available on the Windows Store app.

The History of Zune

Microsoft marketed a number of digital media products using the name Zune. It originally encompassed a series of handheld media players marketed by Microsoft, each one about the size of a deck of playing cards. Zune experienced a rather lengthy evolutionary process and while today there are still physical devices in existence, Microsoft refocused their concentration on the new App software for Windows 10 and other Windows devices. Zune products are still used by a number of people today, but the product line is now known as Xbox Music. Microsoft has continued to make the software download available for individuals who require it to enjoy their media.

Installing the software is simple. Users download the setup package, which will be an executable file – ZunePackage.exe. Follow the simple setup instructions and the software will be ready to sync compatible devices.

The software has experienced a lengthy evolution since its original launch. There are still thousands of Zune devices in use today. Many still take pleasure in the reliable simplicity of their Zune media players. The software is still available for download and is necessary for individuals who use the operating systems mentioned. It also allows users to continue to enjoy the features of the devices, and incorporates them with the latest Microsoft operating systems.