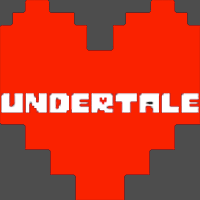 Developed by Toby Fox, Undertale is a unique role-playing video game where the player makes critical choices that alter the storyline. While he enlisted some artistic assistance with aspects of the animation, the game and music were his sole creation. There are segments of Undertale similar to the Touhou Project, with direct innuendos from the British comedy character Mr. Bean.

The History Behind Undertale

It took Toby Fox nearly three years to develop Undertale, financed by a Kickstarter crowdfunding project. In less than one month Fox’s project exceeded the original $5,000 US goal by over ten times. More than 2,000 individuals found Fox’s idea of developing a deviating from the traditional boring game design to be intriguing.

Fox collaborated with Temmie Cheng, his primary artistic assistant, to produce a collection of characters. The most important objective was to develop a role-playing game that would allow the players to choose their path.

There are miniature figurines, and plush toys marketed that represent the game characters. Also, the soundtrack is available separately from the actual game itself. Two official cover albums recorded, Determination, in the metal genre, and a jazz album called Live at Grillby’s. There is also a saxophone/piano duet album based on the Undertale songs.

Above all, players command a child that fell into a realm called the Underground. Along the way, the child encounters various monsters, all the while trying to get back up to the surface. Players attempt to navigate through conflicts, with the distinct ability to talk their way out of fighting if they choose.

The child character must plot a course through an isolated area, deep below the surface of the earth. Divided from the real world by a magical barrier, the realm is dark and mysterious. Undertale produces a different series of outcomes depending on each choice made by the child. Also, it depends on how the dialogue flows between these characters. It’s unique, in that it allows players to negotiate their way through conflict using dialogue to avoid these battles altogether.

In conclusion, Undertale has received praise for outstanding writing quality, creative theme and perceptive ways to navigate around traditional role-playing combat. Also, hailed for originality, the game is known across the gaming industry for the uniqueness of story, dialogue, and characters.

It has been nominated for Game of the Year by numerous publications, plus has received awards from various gaming conventions. Despite only a couple short years on the market, it has propelled itself to cult game status, according to numerous game publications. It has sold over a million copies, and for originality and uniqueness, it will not disappoint.