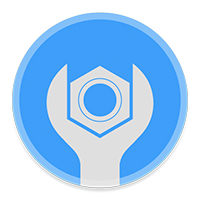 Simply put, the Technic Launcher is the Easiest way to install and enjoy Minecraft Modpacks. Choose from thousands of Modpacks created by Minecraft enthusiasts like yourself. The Technic Platform allows creators to connect directly with their players, giving you the ability to communicate in real-time. Discover new mods, update existing ones right from the Launcher. Honestly, it doesn’t get any easier than this.

Downloading and Installing the Technic Launcher is quite simple no matter what platform you are using. The Launcher is available for all Windows, Mac and Linux users. By clicking on the download button above, our system will automatically deliver the latest version based on your operating system. Once your file has completed the download process, all you need to do is right-click, or double-click on the TechnicLauncher file stored in your download folder and log in with your Mojang Account details.

Pixelmon is the top Technic Launcher Mod Pack to date. This mod captures the look of the Pokemon world and its unforgettable characters. Get a ton of custom content that recreates actual Pokemon gameplay for multiplayer action for all ages. Mewtwo, Ivysaur, Articuno only scratch a few of the original Pokemon fond in this mod.

Ricochet is a multiplayer action survival server that resembles the open world game RUST. Live work and gather resources on a remote Island where you face challenges from players who may be there to help or raid all your food, gear and weapons. Expect to feel real-world survival experience that will test your skills. You won’t be disappointed.

This player vs environment game gives a magical experience with its fantasy imagery and mystical backdrops. They say one of the toughest opponents in this mod is your environment especially when it’s city fused with enchanted forest. You are armed with the golden shovel and your mission is to locate items in one of the largest 2 x 64GB mod servers for Minecraft. Rest assure that your loot will never be compromised by grievers when you log out.

Do you like the feel of battle royale? This Minecraft mod drops you into a full military experience with weapons and machinery from real life combat encounters. Fly single-engined planes and drive pixel crushing tanks in this top Minecraft mod download.

How to Update Modpacks

Updating you favorite Modpack is easy and can be done in the Technic Launcher. All you need to do is type in the name of the Modpack you want to install or update. You will see the main overview plus the version history and available mods. Once you select your mod, just hit Install. The latest version of that mod is now ready for you to play.

Technic Launcher is to create and build a community of like-minded Minecraft modders who want to hand-modify .jar files to play modded Minecraft. What was once a compressed .zip file has become just as important to the Minecraft community as Minecraft itself. This platform takes a team to keep the mods and community running smoothly.

Currently run by a staff of four talented designers and coders.

KakerMix – This guy searched to find the best talent to make Technic Launcher the best.
Sct- They call this guy the coding wizard. He takes the mess and cleans it up.
TheHave- A game isn’t a game without an artist. This guy is responsible for the overall look and feel of the game.
GenPage- The guy who started by building a motherboard and is now part of community service.

Without these guys, Technic Launcher would not exist as it does today.

If you want to expand your knowledge on Minecraft modding, then the forums are the place to be. This is where the best minds of the community get together and discuss everything Minecraft.

If that’s not enough then head over to the blog. The blog will update you on wonky or overperforming mods. Find out what’s on the dev teams minds and current news.

It’s simple to talk live time on Discord. Just dial yourself in and begin to nerd out on Minecraft all day long.

I really liked reading about Technic Launcher. I seems to have some really cool features. I will try it out on my android phone and see how it work for me.

Thanks for sharing this article.