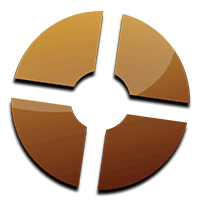 Team Fortress 2, commonly referred to as just TF2, is one of the flagship Free to Play, action shooter games brought to you by Valve. Initially released in late 2007, TF2 has since grown to over 44 million users worldwide and still growing. With frequent updates and fresh game content added almost weekly, it’s not surprising that Team Fortress 2 has become as popular as it is today. And yeah, it’s all free to play!

Not your average Class-based game. Team Fortress 2 gives you the opportunity to choose from an extensive list of classes each with their unique personalities and skills. Find the character that suits you the best and master the skills they possess. When you’re ready to put your money where your mouth is, jump into one of the competitive game modes TF2 has to offer.

One thing is for sure, TF2 has a game mode to suit everyone’s playing style. Initially, there were only three official game modes available. Now there are more than fourteen different modes as well as a tutorial/training mode. If you are new to Team Fortress 2, the training mode is where you will want to start out.