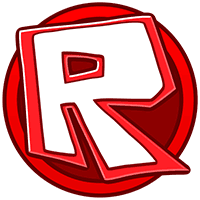 Roblox – Build it and They Will Play

Online social gaming is a popular way for gamers to engage in mass multiplayer platforms. To help feed this hunger for gaming creativity, user-generated internet game platforms have flourished. One of the most popular is Roblox. There are now over 56 million users playing every month, making it one of the largest game sharing platforms in the world.

Roblox has developed software that allows users to configure their own virtual reality and create diverse game worlds. Players can join community groups called Friends and Followers. A truly exceptional experience for game developers, allowing them to create their own game environment and build a community of followers using social interaction.

The users create every game, if you can imagine it, you can build it. Players can join as a player-only, or use the software to build their own diverse game worlds. Game builders create their own virtual reality, with the ability to introduce unique characters, strategies, and environments. One of the most acclaimed attributes is the open sharing of knowledge and ideas. However, not lost on game development is the concept of offering a secure learning environment, this is the single most defining quality.

How Does it Work?

Gamers begin by signing up for a free account. Each new member gets a portion of what is referred to as real estate. Using this space, they build from a toolbox of features. They are never restricted in their ideas unless something violates a level of common decency promoted by the family-oriented idea.

There are special rewards for gaming excellence, both for players and game developers. These rewards are paid using a virtual currency called Robux. Saved Robux can be used to purchase all sorts of valuable things. There are creative avatars, in-game tools, or developer resources used for building new games.

Because of the development team’s commitment, the platform rapidly became the largest social setting for safe game development. The moderated meeting place is vital to why the game has grown to be such a widely popular development platform.

It is a place where players and game designers can share their unique ideas. It works based on a community model to work with others to achieve a collective goal. Roblox works because they have the best features in a safe environment, working together to attract the most highly skilled gamers.

Using the Roblox platform, gamers can make simple drag and drop building games, or work on intricate multi-player games. The underlying concept is to promote an educational atmosphere where all levels can learn at their own pace.

Making sure parents feel comfortable allowing their children to experience the adventures on is a priority. They have built a family-friendly, enthusiastic community of gamers, with a place for the youngest of the eager gamers to world-class developers.

Game builders can also sell merchandise such as game clothing as part of the Builder’s Club. Members can get a daily Robux stipend that includes access to trading and sales features. There is a DevEx program for aspiring game developers.

The money generated from Builder’s Club subscriptions is reinvested into the development of new features and promoting advancements that benefit the entire Roblox community.

Play one of hundreds of games available on the game. Find games like Five Nights at Freddy’s, Apocalypse Rising and ESCAPE THE MINIONS!!. Talk live with your friends or keep tabs on who’s top rank with the on-screen leaderboard.

There are thousands of places to join in on, but you can be the creator too. Choose up to 6 starting templates and have up to 50 friends play at one time. There are no limits to how many giants sized places you can build.

Robux is the currency used in-game. Builders club member receive daily Robux to spend. Upgrade from free membership to Outrageous membership and receive up to $60 of Robux dollars daily. 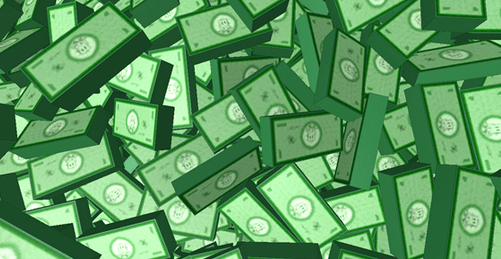 It’s Free! All you have to do is sign up for the free account. Gamers of all skill levels can converse with other gamers, play thousands of different games, or develop new game themselves. They offer different membership levels designed to help aspiring game developers reach for their dreams. The Roblox team is dedicated to fostering a family-friendly learning environment as a priority objective, and it’s easy to see why it has become the most popular game development platform in the world.