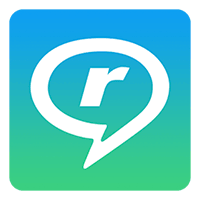 RealPlayer With RealTimes to Bring the Real Times to Real Life

A Brief Look Back at RealPlayer

Originally named the RealAudio Player, RealPlayer has been providing users with media player software to stream media content, since 1995. Version 4.01 was the first to be included as an Internet tool choice for the Windows 98 package. The software has been known by a variety of names over the years, RealPlayer G2, RealOne Player, all offering a free basic version and paid Plus upgrades, which include additional specialized functions. Between 2007 and 2008, RealPlayer 11 was released for both Windows systems and Mac OS X.

In November 2011, RealPlayer version 15 opened up the opportunity for users to transfer their content from their PC to any mobile device, plus share videos and links to their social media accounts. The ability to download videos from popular sites such as YouTube was also included in later versions. Early in 2016, RealNetworks issued version 18 that included RealTimes, a new feature released the previous year.

It immediately improved the user experience by allowing them to blend their multimedia content into interesting collage-like presentations. All content could be stored and accessible from cloud storage. The new combination RealPlayer With RealTimes maintained all the useful features of the standard player, enhanced with tools such as RealTimes Stories™, the ability to make automatic video collages.

RealPlayer With RealTimes users can download and convert any of the standard video and image formats using a simple user-friendly system.

Just about everyone takes photographs or shoots videos, but how they share them and save them can make a difference. RealPlayer With RealTimes allows users to be creative with their presentations, telling their own story using an assortment of useful features and plugins. Most of all, every precious image is preserved for a lifetime in the cloud, so they’ll never lose a cherished memory.

What do you think of RealPlayer with RealTimes? Have a question or comment? Leave a comment below.