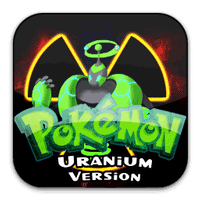 Developed by RPGmaker XP, Pokémon Uranium is a fan-made game based on the Pokémon series. It took over nine years for the final version to be released, one of the longest developmental stages for any game.

The original release of Pokémon Uranium created a problem with Nintendo. As of late summer 2016, over a million and a half downloads, but to respect the wishes of Nintendo, download options on the official website were discontinued. One month after that announcement, the game became a community-member development project and a newly created website continues to introduce necessary patches, bug fixes, plus develop new features.

There is an additional region in Pokémon Uranium, plus over a hundred new fan-created species of the Pokémon. Players can both trade and battle online, just like other Pokémon versions. The first region that players encounter is called the Tandor region. Every new game play begins with the player establishing a name. They start with a blank slate and together with their Pokémon; encounter repeated thrills and difficult challenges in an attempt to fill that slate.

The storyline involves a young hero attempting a perilous journey through Tandor. His ultimate goal is to become the Pokémon champion by defeating all of the Pokémon League. As they begin their journey, players will select their Pokémon from Professor Bamb’o. Our hero has been left to live with his aunt, since his overworked father is grief stricken over the loss of his mother in a nuclear explosion.

As game play progresses through the Tandor region, our hero is constantly given good reason to be suspicious of the many strange things that go on around. The area is filled with potential perils, as an irradiated Pokémon is determined to destroy everything. Each player is required to collect 8 of the Pokémon Gym Badges. When they accomplish that rather difficult task, they are entered into the Tandor Regional Championship.

Throughout the process of trying to attain the necessary badges to enter the tournament, players must also fill up a PokéDex from more than 190 Pokémon varieties. Players are able to return to previous versions of Pokémon games, including Uranium. The Global Trade Station (GTS) is also available so players can anonymously trade different Pokémon with other players.

In spite of the issues addressed by the original website, Pokémon Uranium has been so popular with players that has become a community supported version of the all-time favorite. In 2016, the game was nominated at the Game Awards in the Best Fan Creation genre of video games.

It is maintained by a host of volunteers who appreciate the intriguing plot twists that are part of the game. Users will be enthused by the graphic quality, perplexed by the series of challenges, and excited to help their hero reach the ultimate objective; Pokémon League Champion.

Fan made Pokemon Games have been on the rise for many years now. These games allow hardcore Pokemon fans to explore new worlds that offer new challenges. Not all of them are perfect and many of them have glitches but they don’t hold serious fans back. You would be surprised by how often many of these games are updated and many fan made Pokemon games are free to download.

What Are Some Pokemon Fan Communities?

Here is a short list of forums and social based communities to keep you in touch with the Pokemon Universe. here is a list of some of our favorite and well-known communities.