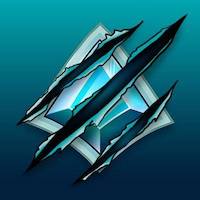 Paladins: Champions of the Realm

Paladins: Champions of the Realm

Enter a fantasy world of ancient technology in Paladins, a team-based shooter with strategy elements and deep character customization. Through a unique collectible card system, players can amplify and augment a character’s core set of abilities to play exactly how they want to play. After all, no matter your playstyle is you can become an iron sights sniper, a grenade-slinging explosives expert, or a track star with an assault rifle – all as the same Champion. Additionally, you can choose from dozens of cards to customize your abilities and make each Champion your own.

Paladins: Champions of the Realm Features and Gameplay

Choose from various characters called champions. However, each of these Champions falls into categories such as Front Line, Damage, Support, and Flank. As a matter of fact, Paladins is a team based game that involves strategy and coordination. Furthermore, your team can take advantage of live stream communication via text and voice chat to dominate the game.

In-game, currencies are common for games in this genre. However, these currencies can be used for in-game purchases to help further the progression of the player. Moreover, some of these purchases are for in-game champions and cosmetics. Purchase in Game currencies in bundles from 200 crystals to 8000 crystals. However, if you aren’t into purchasing currency you can also earn currencies along the way. Bank your crystals for future new release skins, champions, and weapons. It’s a matter of fact, that these skins will speed up your total gameplay and champion ability.

Paladins: Champions of the Realm Is much more than another shooter game. As shown above, this game takes cooperative teamwork and strategy. On the whole, the balance of your survival depends on how you choose your champions as well as teamwork. Download Paladins for free and get in on the award-winning game from Hi-Rez Studios.

Title Paladins: Champions of the Realm

File nameChampions of the Realm

What do you think of Paladins: Champions of the Realm? Have a question or comment? Leave a comment below.