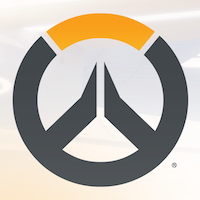 Overwatch is a task force of specialists formed by the United Nations to defend humankind against the very robots Hunams created. Earth was once friends and treated like equals to their robotic counterparts. Despite their friendship, the robots began to turn. Nevertheless, these lethal robots terrorists are on the rise and the world is at the risk of becoming annihilated. However, the Overwatch task force is here to protect innocent individuals from becoming part of the morbid historical memory. Join the battle and form teams to defend what’s left of human civilization.

Overwatch is a multiplayer, first-person shooter that fights in teams of six. Players select one of several heroes and three different roles. Uniquely, each hero plays a very special role in the team. In fact, some of these special skills are crafted to heal human life or Spawn superhuman strength. During battles, players can change between heroes to help better their teams winning chances.

The developers created features different game modes to support e-sport competition. Each mode is secured by taking control of different sectors on the map or transporting payloads between map regions. However, players can also choose between solo or team deathmatches, capture the flag and bonus modes offered in different seasons.

Microtransactions via loot boxes can be made within the game. Players can unlock a single loot box per level up. Additionally, you can purchase multiple items from the Blizzard shop. In fact, players can further customize or strengthen heroes and more.

As players progress they will receive achievements and trophies. These markers showcase your career and let others know how you rank in the game. Furthermore, you can share your ranks and trophies with fellow players and friends. Finally, unlock new badges when you accomplish a feat of persistence.

Practice Range: Test your skills in the training area against practice bots.

Practice vs AI: PLay the game against AI players to get the feel and overall play of the game.

Quick Play: PLay against others around the world at your skill level

Custom Game: You are in charge and now you can change the rules of the game, with custom modifications.

Competitive Play: Work your way up the rank while competing against international gamers like you.

Overwatch is more than your first-person, multiplayer shooter. Earn your rank meet other gamers from around the globe and challenge your game playing skills. However, if your skills are good enough you could easily find yourself at the eSport competition at the Overwatch League.