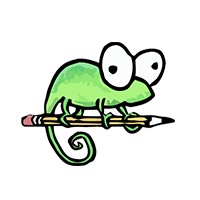 Notepad++ is an open source, free to download text editor and source code editor developed by Don Ho for Microsoft Windows operating systems. As a matter of fact, it was originally developed in 2003 as a feature-heavy editing software. Furthermore, it isn’t as resource-intensive as the alternatives, Notepad++ has seen great success with well over 2 million total downloads. Also, this powerful tool is for both average computer users and serious programmers alike. Additionally, Notepad++ has cemented itself as a staple for anyone looking to get the most out of their software.

This popular source code editor is used within the professional community. In fact, Developers recognize NotePad++ for its ability to use macros and plugins. With this in mind, Notepad has over 140 different plugins that work along with the tool that enhance its productivity and so much more. Not to mention, plugins are managed within the plugins admin that helps users sort and identify the plugins most used for a smoother workflow.

A powerful suite of features was a primary goal for Notepad++, and that goal has absolutely been met. In addition to this hefty but lightweight tool, it offers users syntax highlighting artificial intelligent code completion and so much more.  For example, here’s a short list of what you can expect from the program:

Stay in touch with current updates and news from the Notepad community. Additionally, find out what new products and plugins are offered or are in the works for this product. Finally, for all the latest updates users can follow Notepad on Twitter that has a growing community of close to ten thousand followers.

Get instant support for assistance and questions about the platform. Not to mention, users can meet other users for networking and additional help. Also, all necessary links are found live on the platform.  Furthermore, users can access the chatroom 24 hours a day 7 days a week.

This wiki contains all information on Notepad. Moreover, search information for plugin development, history, and basic resources. Also, all recent updates are found in the wiki for an extra resource. Equally important, users can refer to the wiki for new articles highlighting the community and products Notepad was used to help develop.

Notepad supports over 52 languages. In fact, highlight these languages in langs.xml stylers. For an example, some of these languages include  C++, Coffee Script, Ruby SQL, Javascript, HTML, and the list goes on. In addition, users can rely on binary translations page to get the language they need.

The Bottom Line:
Notepad++ is one of the most widely-used default Notepad alternatives, and for good reason. Not to mention, its numerous features such as the easy to use (and completely customizable) interface, and the fact that it won’t slow your computer down. In like matter, Notepad is an international product for institutions as well as developers from all walk of the industry. Finally, whether you’re just looking for a better alternative to the default Notepad software or a powerful programming tool, Notepad++ is a great option.