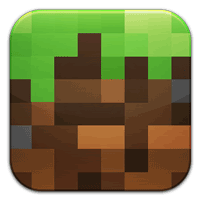 There is no game on the market quite like Minecraft. Continuing to be a favorite gaming favorite worldwide, the immersive Mojang developed game allows players to build, explore and create their 3D procedurally generated worlds. There are two modes that players can enjoy: creative mode and survival mode. Players in survival mode battle against skeleton warriors, giant spiders, witches and more in an effort to create their world. Gamers in creative mode have the opportunity to create a world without battles because the villains in creative mode have been muted.

Free downloads are possible with the game allowing potential players a chance to experience gameplay first hand. The game continues to be a worldwide favorite for both young and old players alike and it’s easy to see why.  Where else can a player create their dream world and see their vision take shape before their eyes? Players don’t just create their own worlds on the Minecraft platform, they can also create their own 3D characters and modes of play that other players can experience first hand.

Creating new worlds for other players to experience can be done by creating mods which simply put means players can alter gameplay, change creative feeds to their own desires or get options on how they want to interact with the world they are creating. Once a mod has been created, new players can download it to their own world to experience and see what another player has created. Find cool new Modpacks on Technic Launcher: the easiest way to play Minecraft Mods.

Play Together in Realms

Focusing on safety while still allowing players to interact in a multiplayer environment is essential. The game’s Realms are a subscription service where players can create and manage their own private world servers. While the realms of the game don’t come with a free download,  realms provide an easy fast way for owners to shape their own game servers without any previous experience of hosting an area on the internet. Plus, with Realms players can allow up to ten of their friends to play with them in the realm making its creation and gameplay a true team player event.

The catchphrase ‘don’t mine at night’ is an important thing to remember because of the game’s various freaks like giant spiders, zombies, and witches which only come out as the sun goes down battle against players who are engaged in survival mode play. These various baddie villains can suddenly appear in front of a player to deliver quite a shock to a newbie player making the game a fun challenge for experienced and new players alike.

There are so many reasons to experience Minecraft for yourself because of such wonderful opportunities to create worlds from your own thoughts and see them take shape makes it easy to see why the game continues to be the fan favorite it has become today.