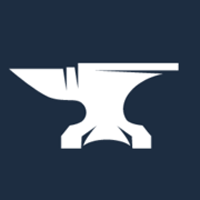 Minecraft Forge, a popular modding API – or should we say Application Programming Interface – makes it easier than ever for one to create multiple mods and to likewise ensure that they’re compatible with each other. The known method previously used the most, which involved deleting META-INF while placing one’s files, is not the best way to install mods these days. Times change: The new Minecraft Forge launcher prevents such modification of its game files as it instead re-downloads them if they’ve changed.

Features of the Forge

Instead, you may create a new profile within the Minecraft launcher, which contains the modified game’s file, thus preventing a file refresh. Minecraft Forge also comes with its automatic installer, which does these tasks for you. How convenient is that?

You will find the automatic installer above by clicking on the blue download button. If you’re using Windows, then the link will be automatically provided as “Win-Installer.” You may then run the newly-downloaded file.

When using the installer, you may ensure to select the Install Client option before additionally selecting “OK.” Forge then downloads and installs the rest for you. To ensure that Forge continues to work and prepare any extra files without interruptions or difficulties, you may also open the Launcher; then, in the bottom left corner, click on the drop-down beside “Profile.” Next, select ‘Forge.’ Then, click on “Play” to begin.

If you notice a Mods button within the menu, that’s good: It means that your Forge is ready to go. To install the mod, you’ll want to copy every file from your LifeInTheWoods.zip file. Next, paste into your new .minecraft/mods folder before running the game. It couldn’t be quicker, smoother or simpler.

What else is cool about this open-source mod loader? Well, did you know that it’s also a free product designed to simplify the compatibility between your mods on Minecraft’s multiple platform settings? The end-user must also play his or her version of Minecraft, in which Forge was originally downloaded for, before he or she may take full advantage of it.

Thus, it offers flexibility and proper direction and protection as well. Additionally, nearly every known mod uses the Forge these days. The main site lists every mod that this program supports so that there’s no confusion up-front; players will know exactly what they get before they get it.

Many are still not fully sure of what mods are for or of all the things that one can do with them. For newbies, mods modify your game. They’ll not only work with certain versions of Minecraft though you may find mods for a game’s older version. The compatible version of this one, in particular, usually displays its full statistics within the mod’s download page. Numerous modders continue to use version 1.7 for every modding function due to fewer limitations and an overall easier file access.