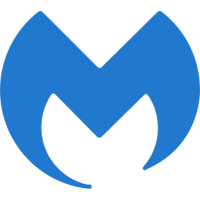 Malwarebytes 3.0 Version the Enemy of Malware

Malwarebytes has dropped the anti-malware from their name, but they are still an excellent free option to protect system privacy and security. Malwarebytes anti-malware software works for Microsoft Windows, macOS, and Android OS. Malwarebytes Corporation produces the security software that has provided malware detection and removal for over a decade.

The newest 3.0 version is a high-performance anti-malware software option that meets the changing needs of cybersecurity. This enhanced version not only fights anti-malware but also defends against ransomware, vicious system exploitation and malicious websites. It renders older anti-malware obsolete.

The latest version utilizes a kind of machine-learning artificial intelligence, so it can rapidly examine any type of file for malware. Malwarebytes anti-malware has a number of features that set it apart from ordinary antivirus software, plus has continually received awards for innovation and solution creativity.

Added to CRN® top 100 security list in 2017 and acknowledged for creativity and innovation in product development of the 3.0 software version.

For the best in next-generation cyber protection against malware, ransomware, security breaches and all types of zero-day threats, Malwarebytes has one of the most respected software programs available. The free 3.0 version works admirably, plus users can upgrade for more hands-off convenience.