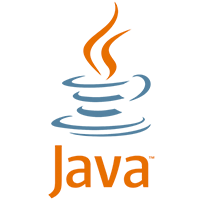 Java is an object-oriented programming language designed to be compatible with all platforms that support Java, without having to re-do the code. This is how it has come to be known as the code that can be written once and run anywhere. the code is also designed to have the least amount of implementation dependencies. For all these reasons and more it has emerged to be one of the most popular programming languages. This code is one of the most used languages in client, server applications. It was first developed by James Gosling way back in 1991, who was working at Sun Microsystems at the time. It borrows syntax used in C++ and C languages. The first program was released as 1.0. This version developed a reputation for being slow. But later versions improved in performance. Today, there are over 9 million developers taking advantage of the free download of this language, and billions of users. Therefore, the importance of this programming language in people’s daily lives cannot be understated.

In its early days, Sun Microsystems released all of the tools such as compilers, class libraries and virtual machines as a licensed product. In those days, it was not called Java but went by another name, OAK. OAK was first used in handheld devices. However, this program was not very successful and Sun Microsystems re-worked on OAK and re-released it as Java. This was done to take advantage of a new frontier. And that would be the World Wide Web. In fact, it became so popular in its new form and use that, it is now a dominant force as far as delivering content on the internet is concerned. Because of its far-reaching popularity, Sun Microsystems changed the licensing requirements to General Public license. This gave developers unprecedented freedom and access to using the code never before. In 2009 Sun Microsystems was bought by Oracle Corporation and along with this, they own the rights to Solaris. Oracle has done an amazing job in continuing It’s tradition as a software powerhouse. The Bottom Line Today, the software is a very different animal, compared to the original 1.0 released back in 1995. The biggest change came in 2014 when more programming features, parallel processing streams and better integration with JavaScript, were implemented. It is important to note here that Java and JavaScript are not related, although they share some similarities such as syntax and libraries. For those who would like to learn the coding language, they can do a free download from their website. Because of this sophisticated language, it can interpret and runtime environments, it can be run on most platforms. For those who are planning on learning a programming language, Java would be an excellent choice. Considered to be easier than some of the others, it also offers amazing employment opportunities.