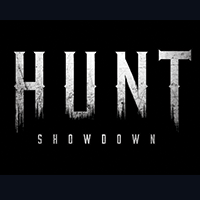 Hunt Showdown is a multiplayer, action horror game that pits men against monsters. There are five teams of two that are set out to track down evil and the monsters that lurk beyond. This world isn’t a forgiving world so you had better keep your wits about you or consequently you will be the hunted.

You and your partners are involved in a secret society of hunters trained to track and kill monsters. The missions offer huge bounties that entail giant risks and one small mistake can destroy everything you have trained for with all your gear. As much as your gear is your lifeline to survival its always the first of many things to be torn from you. Keep your head and wits about you as nothing is what it seems including the people you fight with.

Some of your competitors fight for power, wealth and glory not to mention the winner takes everything including your soul. If you fail you can consequently expect to be cast straight to hell without a ticket back.

The gruesome creatures you hunt are actually on the hunt for you, just waiting for a moment to feast on your flesh and crush your soul. Make no mistake everyone is against you including the earth you stand on. Expect to face hybrids of man, demon, and insect that wait for a chance to turn your living corps into a hive or a bloated almost headless body with blood-sucking leeches for hair.

You have the ability to see both the dark and light world. The average man can’t see the world of the immortal but as a hunter, you have harnessed the ability to use Dark Site to track monsters and the evil that lurks around you. The dark site gives you the ability to spot other hunters who may have a bounty on their head only to give you the ability to turn the hunter into the hunted and earn virtual money.

Your weapons are your salvation and are practically the only thing you can trust. With over thirteen weapons to choose from like guns, rusted barbed wire bombs, and classic hybrids that if skillfully used can level your prey down to a pile of flesh.

About the Developers Crytec GmbH

According to Wikipedia Crytec GmbH is a German video game and software developer from Frankfurt Germany. The company is known for other hit games such as the Far Cry series, Crysis, and Ryse: Son of Rome. Future plans for Crytec are virtual Reality games named The Climb and Robinson published for Oculus Rift and Steam VR.