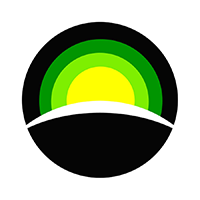 Horizon MB, better known as Horizon Xbox 360 Modding Tool, is a favorite modding tool for XBOX 360. With Horizon, you can boost your health, get unlimited ammunition, stockpile resources and much more. With a few quick clicks, you may unlock such achievements and even earn avatar awards for the more demanding games to beat as you use Horizon’s incredible user interface system, built with casual gaming in mind. The program’s frequently updated using the latest tools, making your possibilities endless, and modding becomes more straightforward than ever.

We’re talking about a unique tool that will modify any file that saves to your Xbox 360’s memory drive. This tool allows you to perform tasks that would usually take a long time, even allowing you to do things that are often unavailable or inaccessible. Increase your gamer’s score, unlock all avatar awards or in-game items, rise to the top of all leaderboards, acquire infinite health, change avatar colors, and more; the options are endless.

This product also contains numerous other useful sub-tools of its own. It currently features 23 game-saving editors that include Super Meat Boy and even Halo: Reach. It also offers advanced tools like Avatar Award Unlocker, Achievement Unlocker, and Game Adder; this product nearly lets you do it all.

Horizon’s interface lets you quickly browse any content within your 360’s internal hard drive and even an external USB hard drives formatted for use with the console. Horizon also enables you to extract or inject content into your 360 hard drives. For instance, Horizon will allow you to retrieve any 360 saved games so that you can mod each of the saves and then inject it into the console and enjoys infinite in-game money reserves.

Another top feature that it’ll allow you to do on any Xbox 360 is to copy any downloaded Xbox Demos through Digiex and place them on the 360’s hard drive or USB stick. Don’t worry about your game’s ID; instead, use the drag and drop for convenience. This feature is ideal for rookies of the 360 console’s hacking or modding features. Regardless of your current skill level, the Horizon Xbox 360 Modding Tool is a one-stop tool for all of your 360 USB modding needs.

With the Horizon Xbox Account Editor, you can easily modify the account information stored within your Xbox LIVE profile.

The Gamer Picture Manager allows you to quickly create customized packs and change your gamer picture as often as you’d like.

With the LIVE Profile Modifier, you can change anything about your LIVE profile, including your bio, location, reputation, and more.

With the Achievement Unlocker, much like the Game Adder, you can instantly unlock all achievements for any game, whether you’ve played it before or not.

Like the Achievement Unlocker, the Avatar Award Unlocker allows you to instantly unlock all Avatar Awards for a game, whether you’ve played it before or not.

Finally, Horizon is fully compatible with just about every Xbox 360 game available, meaning you’ll be able to utilize every feature no matter what.

Other Benefits of Horizon

• Horizon is the #1 all-inclusive, one-stop shop modding tool on the planet.
• It’s also free and easy to navigate. Download now to fully maximize your overall gaming experience.
• Downloading mods is often both risky and extremely time-consuming. In today’s busy microwave age, who has time to waste?
• You can instantly have every mod that you’ll ever need right at your fingertips.
• This product always stays current with the latest games.

What do you think of Horizon MB Xbox 360 Modding Tool? Have a question or comment? Leave a comment below.

do we pay horizon because i don’t have money