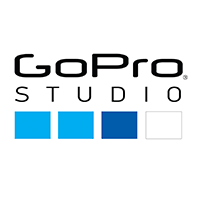 GoPro Studio download is a simple image and video editing software developed by GoPro, Inc. It automatically imports and organizes all video and photographs from a GoPro camera. Users benefit from an easily understood platform of tools that allow them to present and share their videos and photographs like a professional.

Nick Woodman founded the GoPro company in 2004 after much disappoint in his attempt to photographically capture an Australian surfing trip a couple years earlier. Like many novice photographers, he wanted a camera system and accompanying software, which would allow amateur photo enthusiasts to shoot like a pro. GoPro Studio was released in October 2014, as an editing platform for all camera footage shot by their customers.

People love to document their special events and exciting moments with photographs and video. GoPro Studio is a software option that allows them to easily save and edit these memories. Best of all, they’ll also be able to share a presentation that looks like it was produced by a photographic expert.