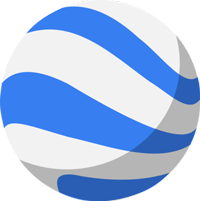 Google Earth – Providing a Bird’s Eye View of Our World

Many years ago, geography classes and individuals who studied the earth’s topography invested in fancy globes. In June 2005, Google changed all that with the release of Google Earth. However, today, complete detail of earth landscapes and mountain ranges are retrieved via the geobrowser. The system pulls mapping from satellite imagery creating accurate topography and scalable imagery.

Create new types of data and import specific GPS data across networks. Schools benefit tremendously from the free version. Each entity permitted to use the free version can take advantage of Geo

GeoEducation is available to educators with informative tips on using Maps, Sky and SketchUp in a classroom setting. Additionally, Universities and trade schools have free access if it is used for non-commercial reasons.

All features are detailed and fairly intricate for the novice map user. Furthermore, with a Google account and the license code GETFREE, users can explore the additional features for free.

How Does it Work?

All three versions function as both a data reader and a format to create new data. Not to mention, Keyhole Markup Language (KML) format, which enables all users to create and share their data. However, It differs from Google Maps, which was developed with the priority objective of providing accurate driving directions.  Similarly, it opens up the whole spectrum of earthly topography, and extensive land and ocean documentation.

Google Earth has brought the earth’s topography into classrooms, offices and home living rooms. It’s like flying over the earth in a private space shuttle, the mouse and keyboard as the controls. You can use Version 5 to explore Mars deep space as well as liquid galaxies.