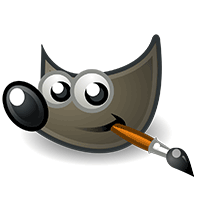 Image Manipulation – From the Simplest to the Most Complex Using GIMP

GIMP is a computer acronym, which stands for GNU Image Manipulation Program. It is a free, open-source raster graphics editor. Users are able to edit different image formats by retouching the image, free-form drawing. There are specialized plugins that expand the number of capabilities even more. Many expert graphics professionals compare it as a viable alternative to other types of photo and image alteration software.

Two students from the University of Cal-Berkeley, Spencer Kimball and Peter Mattis, developed the GIMP project during a semester in 1995. A year later, GIMP 0.54 became available to the public. It was released under its original acronym GIMP, standing for the General Image Manipulation Program.

During a visit to campus by Richard Stallman the following year, the creator of the free software, GNU project was asked by the two developers, if they could attach his GNU project name to their project. Stallman approved and the current acronym was established; GNU Image Manipulation Program.

Filters can be applied and colors altered. Projects can be saved as a GIF, or encoded as a video file. The GAP extension also allows users to program layer transitions and adjust the rate of frame chance to create highly complex animations.

There are frequent reviews of the software for use within the professional community and it is frequently advocated as a capable alternative for Adobe Photoshop software. Although very similar, GIMP has a different and in some respects, more user-friendly interface.