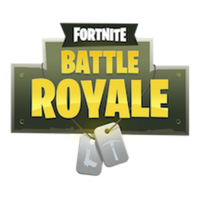 Fortnite Battle Royale is a stand-alone free to play survival game. You begin with no weapons and no inventory. However, players will have to use quick wit and smart gameplay to be the last one standing. Epic Games, the developers of the original Fortnite co-op, survival sandbox game have clearly delivered with Battle Royale. When it comes to making a competitive battle royale like this.

Fortnite Battle Royale has various different game modes in multiplayer as well as PvP battle royale mode, an intense mashup where you and your friends can battle for survival against a hundred other players.

Beat the storm and stay alive by building defensive structures to escape being hunted or use them to hunt down your competition. Defend yourself with multiple weapons or dress yourself up with skins and emotes.

What’s Inside the Fortnite Battle Royale

Fortnite Battle Royale is a gamers delight. Every season Epic games add fresh additions to the overall gameplay, it’s like getting a new game each season. Join in on the 100 players vs player competition and see if you have what it takes to see if you are the last player standing. Here is a summary of what waits for you in Fortnite Battle Royale.

Start out with more than enough to get by with Precision Back Bling, Salute Emote, EVA Pickaxe. Every three months Epic Games updates their season with battle passes. The more you play the more V-Bucks you earn that you can consequently use toward in-game purchases and battle bundles. Each new season you need a determined amount of V-Buck to join in on Battle Packs or Bundles.

Season Battle Pass includes everything from Jetpacks to new and improved guns. There will also be safe landing spots on the Island as well as fresh music code-named Orchestra edition. Your online purchase just got better with new store items. Additionally, receive the highly anticipated map update that in turn will in effect improve the overall gameplay.

The Battle Bundle is your chance to skip the hard work and buy everything the battle pass offers. Unlock all 25 tiers for 40% off the purchase price. As a result, It’s fast and simple and you get to begin with everything at once.

Monthly Battle Royale contests appear from time to time. In Effect, these in-game contests award players for different challenges with in-game currency, merchandise, and hardware. For example, some of these contests in the past include the Boogie Down Challange and the Replay challenge.

What do you think of Fortnite Battle Royale? Have a question or comment? Leave a comment below.

fortnite is the best game every