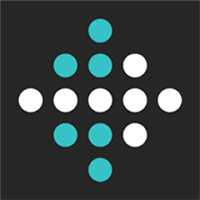 Data is the newest craze in the exercise and fitness world. Fitbit Connect is all about helping to simplify and expand user’s ability to monitor their fitness data. It is a simple software program, which allows any of the various Fitbit devices to be connected to a computer system, where the data can be recorded, shared and reviewed from anywhere.

What is Fitbit Connect

Fitbit developed a software program that users of their various fitness monitoring devices can use to connect and sync these devices to a computer system. It’s a simple download process that usually takes around 1-minute. There is little use of CPU resources and it requires very little memory. Once the synchronization process is complete, users can access their Fitbit data from any computer, simply by logging into their Fitbit accounts.

Fitbit Connect allows health-minded fitness enthusiasts to now synchronize and connect their monitoring devices to their computer. It makes analyzing and categorizing data fast and simple. Users with intermediate computer knowledge can transfer desired data to other programs. They can then produce graphs and additional analytical tools to help them monitor their fitness goals and reach their objectives.