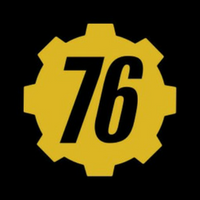 Without a doubt, the recent news about Fallout 76 brings much excitement to the gaming community. Since Bethesda announced a launch date, November 14, 2018, fans can now pre-order their copy, with some perks of course. For those who can’t wait to get their hands on the game, there’s a pretty sweet deal available to you. That is, if you pre-order now, you will also get the early access to the B.E.T.A (Break-It Early Test Application). The B.E.T.A version will allow you to play before the official launch date. Also, for a limited time, you can pre-order the Fallout 76 Power Armour Edition.

What you get with the Power Armor Edition

Update: Unfortunately, the Fallout 76 Power Armor Edition is completely sold out. Because this was a limited run of collector’s items, they sold out quite quickly. Guess we’ll be seeing the pieces on eBay for twice the price.

Most notably, Fallout 76 takes a direction that we’ve not seen in previous games. With this latest installment, Bethesda introduces online multiplayer gameplay to a massive open world map. While players will have the option to play the game solo, the multiplayer aspect opens up many possibilities. Instead of the typical NPCs, players will interact with other players in real-time. The developers were quick to point out that this was by no means intended to be a Battle Royale spin. Rather, this is a unique opportunity for players to work together to achieve common goals.

The story, set in the backcountry of West Virginia, is 25 years after total nuclear annihilation. Vault 76 was designed and built to house some of the countries greatest minds. After twenty-five years of living in a self-contained vault, the day of reclamation is finally here. The doors to the vault are finally open. It is now up to you, the residence of vault 76, to go forth into the wasteland’s and rebuild.

Download the game launcher and set up your free account today. The Bethesda Net launcher gives you access to some of the top gaming content the web has to offer. Also, get regular updates and news regarding your favorite games. In addition to account management, you can play free games like Fallout Shelter and Quake Champions trial.

In conclusion, there is a lot of hype for Fallout 76, and for good reason. I can honestly say that I’ll be playing this game once it available in full. There isn’t much info with regards to the B.E.T.A version as of yet. It is hard to say whether it will be a Beta weekend or a full access beta for keeps. Regardless, the game itself looks like it will be very successful. It will be interesting to see how this game evolves over time.