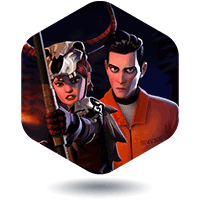 The Darwin Project Open Beta is an engaging game of survival. It is set in the Rocky Mountain region of Canada, where the ominous effects of winter can be deadly. While the idea of death is not a welcoming thought in and of itself, to die at the hand of winter can be slow and painful. Darwin Project developers employ this environment as a defining feature of the open beta release of this multiplayer game of survival.

Darwin Project has live spectator interaction capabilities. The characters who are watching the progression of events can wager on the competitors.

There is a Show Director, also a player, who disperses both awards and punishments to certain chosen players.

These game rewards are issued to game combatants who seem worthy of special recognition for outstanding achievements.

One of the reasons behind this aspect of the game is to prevent players from hiding from battles to avoid being eliminated.

Hiding until the numbers grow thinner to extend gameplay will leave a player much weaker than those combatants who struggle to survive. Those who play aggressively do so with a risk, but the Darwin Project game strategy offers rewards to those players.

Since this game is played in a fictional environment where the cold can kill you as well as another player, fires must be built to prevent freezing to death.

There is a risk in building a life-sustaining fire though. They also draw attention from other players and can be like a trail leading them to the player’s location.

Players find it beneficial to have a knack for survival in the frigid wilderness. The game is played in the deep snow, so a player’s footprints can also be their downfall. Players must pay close attention to every aspect of their environment as well as the competitors trying to finish them off.

While players have to track other players, they also must take precautions not to be tracked themselves.

Players must use caution at every point during their travels. Everything that is crafted to protect them or extend preserve their life, might be the item that leads to their demise.

There are stages where a mistake can actually put a player on the run from a whole band of opposing players trying to track them down.

When this happens, the player will experience an isolation conundrum. They will be tracked by a mob while trying to survive the elements.

The Darwin Project is a game that blends combat skills with a sense of survival. Even if a player becomes highly adept at using the weapons and disposing of his competitors, without the ability to survive the bitter cold they won’t last in this game. With a perfect blend of colorful graphics, mixed with a diverse instinct for survival game plot, players may feel a sensation of frigidness as they navigate through this challenging, frozen tundra. Players who want a little more challenge in a multiplayer combat game will enjoy the environmental diversity of the Darwin Project. Read more about the developers Here.

What do you think of Darwin Project open beta? Have a question or comment? Leave a comment below.