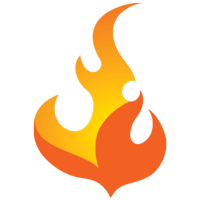 Curse’s foray into the sea of VoIP client programs (programs that allow you to transmit your voice over IP) began in 2014 when its debut product Curse Voice entered open beta. Curse Voice hit the scene with a bang and has done an excellent job of maintaining that popularity. As a program that was initially designed to serve as a one-stop-shop for gamers in need of in-game comms, it quickly expanded into a program that was capable of timing in-game objectives and integrating itself into Twitch, and it’s very own online platform.

The program found its footing by becoming the premiere voice communication software for the most popular game in the world, Riot Games’ League of Legends. Shortly after it debuted, Curse made savvy use of its connections in the Esports scene by advertising itself as the VoIP software for League of Legends. The interest spread like fire, and soon a massive portion of both the casual & ranked League community would use Curse Voice to communicate crucial in-game information with their teammates. Its popularity within the League of Legends community gave the program a platform to rapidly increase its outreach, allowing it to amass over 1 million active users just under a year after the launch of its open beta.

The program doubled down on its League of Legends services by adding new timers to its overlay that tracked the cooldown of in-game objectives. The timers allowed players to more efficiently follow when these goals would respawn, which proved to be somewhat valuable information. It has remained the software of choice for League of Legends players who are looking for a VoIP alternative to Skype.

Midway through March of 2017, Twitch adopted Curses premiere voice software and reintroduced as a feature of the Twitch Desktop App. Despite functioning nearly the same as it had under its Voice moniker, the program would operate from within Twitch’s new flagship streaming application. Since its inclusion within the desktop app, it has seen some new users, increasing the program’s visibility to even greater heights by allowing it to be an integral part of an online streaming community comprised of over 15 million daily users. The program continues its longstanding commitment to excellence by continuing to operate flawlessly, despite the recurring influx of new users.

Should You Try It?

Curse’s voice software remains the pinnacle for gamers looking to get a leg up on the competition by incorporating voice comms into their daily battles. Whether you’re teaming up with four others on the rift or dropping into Player Unknown’s Battlegrounds with a duo squadmate, it’s imperative to take your teamwork to the next level. It’s easier than ever to become a user, just download the desktop app and you have instant access to a near-infinite expanse of users through which you can communicate within just a few clicks. It remains completely free and has added support for text communication as well as voice. It has managed to amass quite a lofty list of other useful features, including:

And, perhaps the most critical and intriguing feature for potential newcomers- it’s straight-up easy to use. The sleek, simple overlay means there’s no fumbling around for toggles you need quick access to while in game. There’s also no confusion involved with installing, setting up, and immediately joining a room with your friends. It just works, and for software designed to make gaming and communicating more efficient by providing you with its services, there exists no greater or more deserving praise.