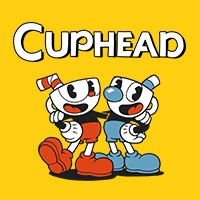 Cuphead ‘Don’t Deal with the Devil’

Cuphead is a fascinating new indie game, available since late September 2017. It falls under the category of run and gun, 2D platformer. Players will immediately notice the rubbery style arms and legs used by the developers. This style is reminiscent of cartoon animations used in the 1930s. StudioMDHR published the work, and the game is available on Microsoft Windows and Xbox One platforms. Since its release date, there have been more than two million copies sold.

The game narrative centers around a primary character named Cuphead. He has a brother named Mugman. These two battle a chain of boss figures because they owe a debt to the devil. The game takes place on Inkwell Isle where both Cuphead and his brother are two kids watched over by Elder Kettle.

The two boys defied the advice of Elder Kettle and decided to enter the Devil’s Casino to play a game of craps. They get one roll from snatching all the money in the casino, but Cuphead tosses snake eyes and craps out. The two begged for mercy and end up tied to a bad contract with the devil. Their journey takes them around the fictional island, battling soulless residents to try to win back their souls.

Cuphead has generated praise for artistic game style, blended with a challenging level of difficulty. Critical reviews have been outstanding, helping to boost the game’s commercial success. Since its nomination for the best independent video game at the 2016 E3 Game Critics Awards, it has continued to receive recognition from the gaming community. Cuphead won half the 18 awards it was nominated for in 2017 and has already garnered two more awards in 2018 stemming from its successful release less than four months ago.