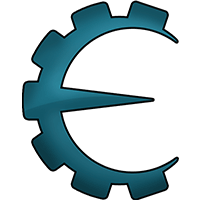 An Introduction to Cheat Engine

Cheat Engine is a high-quality memory scanner, hex editor and debugger with open-source capabilities. It was created by Eric Heijnen – otherwise referred to as Dark Byte – for Windows Operating Systems. It’s mostly used to cheat within computer games and is often modified, then recompiled to evade detection. The program somewhat resembles the Memory Hacking Software, Art Money and TSearch products of L. Spiro.: It seeks values input by each user with many options that allow him or her to sort through a computer’s memory systems. Cheat Engine may also create stand-alone trainers that operate independently.

Cheat Engine may alter a process’s disassembled memory to give the user certain advantages, such as infinite health, extra time or ammunition. It also includes a few Direct-3D manipulation tools, allowing for X-ray vision and zooming in or out. With certain advanced configurations, the program may move your mouse to apply a texture to the center. This is often used when creating aimbots; its use within multiplayer games is highly discouraged.

The program can also inject codes into other processes; most antivirus programs spot it as a virus in turn. Certain versions avoid this false identification through limiting numerous features that rely heavily on code injection. This program uses techniques also found within Trojan rootkits to access certain parts of the system and is thus flagged as suspicious, especially when heuristic scanning is enabled in the antivirus program settings. Newer versions are unlikely to become blocked by antivirus programs; similar features similar to code injection may be used without problems.

Keep this in mind: Despite its popularity, the CE trainer maker hasn’t been updated since it was implemented in the 6.1 version. It’s also largely unsupported. Plus, users are emphasized to use Lua when generating trainers. The CE trainer maker itself employs Lua scripts when doing so.

In October 2016, version 6.6 was officially released. It contains several fixes: new scan functionalities, gui improvements, an Ultimap 2 add-on, stronger hotkeys and more programming options. It’s available for immediate download at www.cheatengine.org. If you experience bugs or have additional feedback, questions or suggestions, you may report them in the easy-to-use main site’s highly-popular forum page or by e-mail.

Other Product Benefits and Summary Analysis