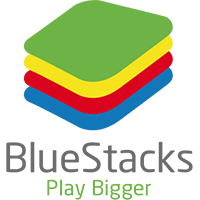 In short, BlueStacks is an android emulating software that allows you to download and use any Android app on your Windows PC or Mac computer. The software is free and easy to set up. All you need is a Google Play Store account, and you are good to go. Within a few short minutes, you can have the app player installed and start downloading your favorite games. All of your apps are then visible in the app player window for quick access. Open your app and start playing as you would normally.

The Benefits of using BlueStacks

While there are many games available for PC and Mac, they often cost money. On the flip side, mobile games are quite often free to play, as they have ways to monetize, such as in-game purchases. One of the real benefits of the BlueStacks App Player is the ability to download and play any Free Android game on your laptop. Seriously, who wouldn’t want to play free games on a bigger screen? Of course, you can play more than just free games and apps. Use your Google Play Store account details to sign in and make purchases.

Playing your games on a bigger screen is not the only reason to use an android emulator. Many Android apps do not have a desktop version. Take Snapchat for example. This popular social platform is a top-rated mobile app. But how cool would it be to use Snapchat on PC? Well, you can, and that’s not the only app that you can take to your computer. As previously stated, you can use Any android app on your PC. Some apps may have limited functionality; however, for the most part, the experience is the same, if not better in some cases.

Also, chat in real time with Twitch. It allows game players to interact with viewers while still in the middle of a game. This feature also works for live streaming of sports contests. Also, watch a game as if you’re right there at the stadium sitting together.

In conclusion, this Android Emulator is a PC gamer’s dream. It gives users the tools to transfer all the best Android games right to a full-screen personal computer. Also, mapping game functions to their keyboard and mouse can be the difference between competitive gaming and a champion. Players can game away, while never losing sight of their social media contacts either. Finally, it’s a great way to bring the world of Android to the PC.

What do you think of BlueStacks App Player? Have a question or comment? Leave a comment below.