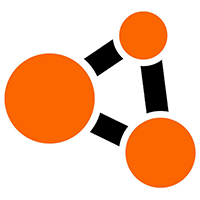 Clicking the above link directs you to
a third party site to get BeamNG.Drive

Clicking the above link directs you to
a third party site to get BeamNG.Drive

In late May 2015, a German video game developer launched a new vehicle simulation game called BeamNG.Drive. Additionally, the company added their name to the front of the game title; the Steam platform welcomed BeamNG.Drive into the fold. However, it was initially only available for Windows operating systems. As a matter of fact, It had been exactly three years since the release of a YouTube video “Revolutionary soft-body physics in CryEngine3“. Nevertheless, during this three years developmental stage, BeamNG worked out some bugs. Finally, after an open vote approval on Steam Greenlight early in 2014, the game

Cars, cars, and more cars! There are dozens of models, types and odd configurations for the finicky player. Regardless, players can choose from sporty race cars, trucks, off-road type vehicles, or pricey sports cars. At the same time, there is a free archive of downloads to apply different mods to each car. However, here are some of the most popular models.

Arguably one of the most exciting features of this game is the community built, BeamNG Drive Mods. Then again,  here you will find a massive resource of mods made by dedicated car enthusiasts from all over the world. In fact, use the search function to drill down to see specific mods that interest you, or use the category navigation to discover new and relevant mods. Additionally, You can even search for resources by the most active author or latest reviews. Finally, filter by the last update, submission date, rating, downloads, and title.

How to Install Mods

Installing mods is simple. Additionally, you will find mods in both the in-game repository (currently undergoing update) as well as the resources section of the official website. As a matter of fact, the mods should be in the zip file format for the installation to work correctly. Here is how you install mods manually.

1. Download the mod or mods you want to install.
2. Move the Zip file or files to your mods folder. Locate the mods folder in Documents/BeamNG.Drive/mods. If for any reason you do not have “mods” folder, you can just create one and you’ll be good to go.

Note: Do not extract the Zipped mod files! All you need to do is move the Zip files to the correct folder; the system will take care of the rest.

Video Guide for both Automatic and Manual mod installation

Drivers can perform dangerous stunts while racing across a changing terrain. Not to mention, BeamNG Drive offers an intense graphical experience using calculated soft-body physics. Equally important, it brings the reality of epic car crashes to life. Uniquely, players will never get bored stuck with the same car or driving around in circles in the same venue. One of, if not the most exciting a drive-simulation game as there is.