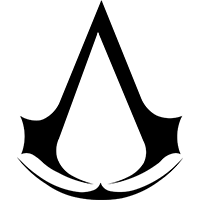 Ubisoft Entertainment Software has developed dozens of video games. Few are more popular than Assassin’s Creed. Since its first launch for PlayStation 3 and box 360 in 2007, it has taken on a cult-like reputation. Early in 2008, Ubisoft Montreal released a version developed for Microsoft Windows OS. Based on real-world, historical events, Assassin’s Creed tracks the ancient battle between Assassin’s and Templars. One strives to bring peace through free will, while the Templars want to control how the world feels peace.

The game received average reviews from general critics, but overwhelmingly positive approval from the gaming community. Assassin’s Creed generated high praise for the storyline, visual graphics, and design. There have been subsequent versions released, which address a sense of repetitive gameplay and evolve into different periods of history.