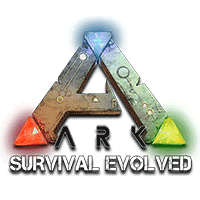 Clicking the above link directs you to
a third party site to get ARK: Survival Evolved

Clicking the above link directs you to
a third party site to get ARK: Survival Evolved

As a man or woman stranded naked, freezing and starving on the shores of a mysterious island called ARK, you must hunt, harvest resources, craft items, grow crops, research technologies, and build shelters to withstand the elements. Use your cunning smarts and resources to kill, tame & breed the leviathan dinosaurs. With over 60 different primeval creatures roaming the land you have no choice but to survive. Tame a primitive species by offering food and make it yours so you can utilize their abilities.

Team up with hundreds of gamers or track them down as prey before you become theirs. Keep up with loyal followers on Social Media, Twitch, Gamepedia or the ARK Community Forums. Learn trick of the trade or new survival hacks. You know what they say keep your friend close but your enemies closer.

With newly released DLC you get new creatures landscapes and characters. Find amazing expansion packs like Scorched Earth and Aberration. New Maps downloads like The Centre and Ragnorok. Expand your adventure and dive deeper into the world of Ark: Survival Evolved.

Transform the gameplay and landscape altogether. This expansion pack rewrites the game as you know it giving a new look and player mechanics. Graphics are adjusted, cleaned up for an overall boost in game performance.

ARK: Survival Evolved is the ultimate test of one’s survival skills. Do you think you have what it takes to survive in this harsh and wild environment and conquer the ARK?

Developed by Studio Wildcard in collaboration with Virtual Basement, Efecto Studios, and Instinct Games. Released for Mainstream consoles in 2017 for Xbox One, Playstation4 and all major OS.

In early 2014 Concept Artwork began rolling out leading to further interest from investors soon leading to its 2016 publication. The game is VR ready and will be advancing its gameplay into the future.

What do you think of ARK: Survival Evolved? Have a question or comment? Leave a comment below.