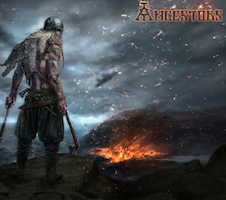 It’s the 10th to 12th century and the future relies on your strategy and tactical know how. Ancestors Legacy Open Beta allows you to command an army and storm through medieval Europe. Consequently, you fight through the eyes and wounds of warriors.

Choose one of four nations such as Vikings, Anglo Saxon, German and Slav. Explicitly, It’s hailed as one of the most visually stunning strategy games to date with the harshest battle sequences. However, this free to play open beta gives you only a glimpse at what the full version will have to offer. Finally,  Ancestors Legacy was voted as Best Game of the Show 2017 at GameCon and PAX Best of Show 2018 award.

Realistic rendering, storyline and battle gore are just a small part of the total experience. Additionally, the future release offers more than multiplayer battles but a singleplayer storyline as well. In fact, the open beta will offer a sneak peek at multiplayer modes in return for feedback from players. Furthermore, game servers at full capacity to ensure the game is fully operational at the time of its full release.

Single player story mode gives you a chance to live the dark conditions through a historical storyline. To demonstrate, Destructive Creations create a complex chain of 40 singleplayer missions that are bone-chilling and lifelike. In fact, you will have to work hard to outwit the state of the art artificial intelligence. With this in mind, you are fully tested.

Interactive battles between players will be played at full capacity online between you and your friends. As a result, mass online game Included with the Free Open Beta

Download this open beta game and hone your skills as a warrior. With this in mind, the Artificial intelligent multiplayer gameplay mixed with high-end graphics are one of a kind.  For this case, the overall gaming experience submerses you in a Dungeons and Dragons like environment.

What do you think of Ancestors - Legacy Open Beta? Have a question or comment? Leave a comment below.